Say What? Overcoming Jet Lag with Lights in Your Ears 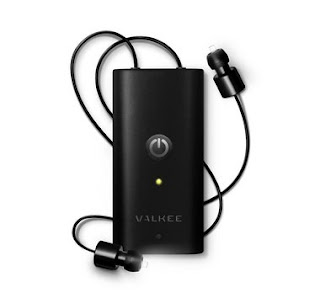 It’s that disorienting, zombie-like condition that affects the circadian rhythm of travelers who fly across multiple time zones. Tourists may find themselves napping when all the museums and attractions are open and wide awake when everything is closed.
“We all have an internal sleep clock that controls things like hormones, mental function and attention,” said Gary Trock, M.D., co-director for Sleep Evaluation Services at Beaumont Hospital in Royal Oak, Mich. “And jet lag is caused by that clock being misaligned with our environment.”
Travelers attempt to fight jet lag with everything from over-the-counter and prescribed sleeping pills to herbal concoctions, melatonin, special diets, bright lights, exercise or by just forcing themselves to stay awake and moving when their bodies say “sleep.”

Now Finnair is conducting a test to see if passengers can alleviate jet lag by sticking light in their ears.
Business-class passengers on the airline’s flights between Helsinki and Shanghai will soon be asked to test bright light headsets that claim to help fight jet leg and reset circadian rhythms by delivering bright light to photosensitive regions of the brain through the ear canal.
The delivery-system is a small device, designed by Finland-based Valkee, which looks like an iPod but has headphones that deliver light instead of music or sounds.
The light delivered by the device “brings about an element of well being that stimulates passengers and helps them to adapt better to jet lag and the fluctuation of the circadian rhythm,” the airline said in a statement.
During the one month test, set to begin at the end of March, passengers on Finnair’s eastbound flights to Shanghai will be instructed to use the light-emitting headsets about an hour before landing, when it’s early morning in Shanghai. Passengers headed west, toward Helsinki, will be told to use the Valkee about halfway through the flight, when it’s morning in Europe. Passengers who participate in the test will then be asked to fill out a questionnaire.
It sounds simple, but will it work?

Although Valkee is classified as a medical device in Finland and there’s a page showing the results of clinical testing on the company website, sleep expert Trock said he’s seen nothing about the device in the scientific sleep journals, so he’s is very skeptical.
“There is a pathway from our sleep clock to the retina,” said Trock, “and light at appropriate times can change the clock.” But although there is research being done on non-retinal photo receptors, he doesn’t believe that shining light on the brain can change the clock. “So until I see more data, I won’t be sticking this in my ear.”
For now, Trock isn’t ruling out the possible placebo effect that the device, which costs €185 (about $243), might induce in those seeking to alleviate jet lag. But he said there are less expensive and more reliable ways to deal with the problem.
If you’re due to arrive in another time zone in the daytime, Trock said a sleeping aid will help you sleep on the plane so that you’re not exhausted when you arrive.

“As a general rule, if you’re going from east to west, use a bright light in your hotel room or, better yet, get out in real sunlight to prolong your bed time.” When going the other way, Trock said a precisely timed dose of melatonin may help reset the sleep clock.“But whatever you do,” said Trock, “your sleep clock will naturally reset itself in a few days.”
Posted by Nancy at 3/14/2012

Welcome to The Regal Travel Blog

Promote Your Page Too